There is this interesting mental phenomenon, which you have probably experienced, called paradoelia. Briefly put, it is when our brains find a pattern where there is no pattern, making us believe that we see something that just isn’t there. It’s why every now and then, someone sees Jesus in a water stain in their basement. Or there’s a cloud that looks almost exactly like a dragon. Or when you wake up at four in the morning, and you’re squinting against the light and the toilet looks like a face and it’s laughing at you STOP LAUGHING AT ME!

Humans are meaning-seekers. Whether it’s a song or a painting or a piece of toast, we want to find meaning everywhere we can. We are experts at it, world-champions, even when there is no meaning to be found. 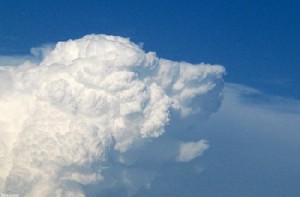 When we turn these marvelous pattern-seeking brains towards places where there is meaning, well, that’s where things get interesting. Grant Morrison is a master pattern-seeker, which is probably what has helped him become one of the most interesting and important writers of the modern age. His area of interest is not philosophy, however, or literature or world affairs. He does not dissect the works of great masters of classical art or intricate mathematicians. Grant Morrison’s passion is something that many people believe they should give up by the time they leave their teens.

That’s probably the only real point of overlap between me and Morrison, which is a pity because he seems like someone with whom it would be awesome to hang out. In the nearly seventy years since the dawn of the superhero, very few people have done as much thinking about them as Morrison has, nor have they followed the complex interrelationship between the superheroes and the world that brought them to life. Supergods attempts to answer a question that seems simple, but turns out to be mind-bendingly complicated: what do superheroes mean?

He starts where it all began, with Action Comics #1 in 1938 and the debut of Superman. He spends several pages discussing the iconic cover alone – from its composition to the promises it makes to the reader – and uses that as a guide to all that will come after. The cover “looked like a cave painting waiting to be discovered on a subway wall ten thousand years from now – a powerful, at once futuristic and primitive image of a hunter killing a rogue car.”

Superman, who began his career as a protector of the people against the corrupt and the powerful, would be joined by Batman, who prowled the night looked to avenge a crime that could never be avenged. Together, they embodied the hopes and fears of their readers. They spoke to our nobility and our need to see that justice was done. They spoke to that haunting voice that told us that some things can never be made right. They were us, writ larger than life and yet printed on pulp paper and sold for a dime.

Together, Batman and Superman formed a template that nearly every other superhero would either conform to or react against. Over the next seventy years, superheroes would undergo massive changes – become light and dark, be parodies of the real world and terrible reflections of it. They would be funny, they would be grim. They would explore uncountable hyper-realities that were normally confined to the acid dreams of mystics, and they would face the most mundane and everyday problems that bedevil the man on the street.

Over the course of the book, Morrison looks at the history of superhero comics, charting their changes and mutations and looking for the underlying meaning behind each new iteration of the art. He tracks it from its pulp and populist origins, through the wartime years when the People’s Heroes suddenly became agents of propaganda, the age of the Comics Code, which forced writers to go to more and more ridiculous lengths to come up with stories, and the era of the realistic, where the heroes tried to cope with the problems of the readers’ world.

Don’t get punched by a Kirby character if you can help it, no matter what day it is.

He looks at the iconic moments in superhero publishing, such as the explosion of creativity brought about by Stan Lee and Jack Kirby at Marvel Comics, the editorial guidance of visionaries like Julius Schwartz, who sought to make comics a tool of education, and the masterstrokes of creators such as Alan Moore and Frank Miller, whose singular contributions to the genre are still reverberating clearly today.

Interlaced through all of this is Morrison’s own history, both as a reader and a creator of superhero comics. Much like the superheroes that he loves, Morrison gives us his secret origin as a young reader of comics, moving into a creative adolescence that found him searching for his own identity as both a creator and as a person. Like many of his heroes, he changed costumes and modes, went for a grittier, punk look for a little while, and proceeded to reinvent himself as one might reinvent a half-forgotten character from a title that was cancelled years ago.

As the history of superheroes intersects with his, the narrative becomes less a creative examination of how comics have evolved and more a story about how he evolved with comics. Not only did he become the equivalent of a rock star comic book writer, he managed to reach across the boundary between comic books and real life, crossing from one to another as one of the world’s first fictionauts.

The less said about what Deadpool means for us, the better.

It’s hard to overstate how much thinking Morrison has done on this topic, or how far he is willing to go to defend the heroes that he has not only grown up with but who have made his fortune for him. He sees superheroes not as a pleasant diversion or a corrupting force or as an unnecessary fantasy, but rather as in imperishable idea. They are a meme, a reflection of ourselves – both who we think we are and who we wish to be. Over the decades, Superman and Batman and Spider-Man and the X-Men and all of their costumed comrades have raised generations of readers and instilled in them some of the highest values to which we aspire. Despite being derided, dismissed, and very nearly outlawed, there has been something about the superheroes that has called out to us, and we cannot help but respond.

In an age where fiction and reality are nearly interchangeable, and where the imagination can produce something real in almost no time at all, perhaps it’s time to stop thinking about the superheroes as entertainment for nerds and children. Perhaps it’s time to see what the heroes have to teach all of us.

—–
“Superhero science has taught me this: Entire universes fit comfortably inside our skulls. Not just one or two but endless universes can be packed into that dark, wet, and bony hollow without breaking it open from the inside. The space in our heads will stretch to accommodate them all. The real doorway to the fifth dimension was always right here. Inside. That infinite interior space contains all the divine, the alien, and the unworldly we’ll ever need.”
– Grant Morrison, Supergods