The Killing Moon by N.K. Jemisin

I have two words for you: Ninja. Priests.

There you go, that should really be enough for you to go out and buy this book. I suppose if you need more, though, there is a whole “plot” and “world” and “characters” and stuff. But even Jemisin says that the initial idea that got her started writing was ninja priests, and everything else just kind of built up from there.

Welcome, then, to the great land of Gujaareh, a land not entirely unlike our own ancient Egypt. It rests alongside a great river that floods periodically and brings great wealth and prosperity to the land. The whole world lives in the shadow of their great, striated Dreaming Moon, the perpetual manifestation of their goddess, Hananja. In this city, people live healthy, productive lives, and it is all thanks to Hananja’s devoted priesthood and their arts of narcomancy.

Not this kind of ninja priest, though…

The Gatherers of Hananja are able to take dreamstuff from sleeping people, either willingly or otherwise, and their most honored task is to take from those whom their governing council have decided need to die. The terminally ill, perhaps, or the corrupt – these are the ones whom the Gatherers visit, giving them a final dream before sending their soul into the dreaming world embodied by their goddess.

Ehiru is the best of these Gatherers, a man with a deft touch and absolute devotion to his cause. He is told to gather and he gathers, bringing back the various dreamstuffs to the temple, where the Sharers can use it to heal the afflicted of Gujaareh. Indeed, until now, Ehiru has never questioned his place in the world. But he soon finds himself wrapped in a terrible conspiracy that threatens to upend everything he’s ever believed in, and may turn him into that which he has always despised.

It’s a really neat idea, with some very powerful characters and a well-built world. Clearly, Jemesin holds this world clearly in her mind when she writes, because the detail she gives, down to the smells and the surfaces, paint a wonderful picture. That said, though, this book didn’t really come together for me until about two hundred pages in. 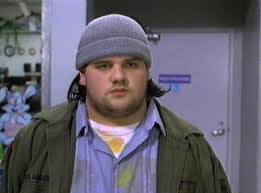 Or a Magic Eye picture. I hate those things. Stupid sailboat…

I’m not sure why that was. Maybe I’m so deeply mired in the Alternate Europe mode of fantasy fiction that my brain had trouble adjusting to the deliberately different world that Jemesin built. Maybe she knows the world so well that she made certain assumptions about it that the reader – or at least this reader – couldn’t readily put together. All I know is that I spent a good portion of the book trying to keep everything in order in my head. It was like doing one of those sliding-piece puzzles: immensely frustrating until you finally get a good idea of how it all works.

Before you despair, however, note that number again: 200 pages. You would think that if a book baffled me for a while, I would probably put it down, but the fact that I was willing to keep going that far through my bafflement really does say a lot about the work that Jemesin did. The characters are interesting, and their relationships are intense – none more so than that between Ehiru and his apprentice Nijiri. While Jemesin states clearly that the people of her world aren’t really concerned with labeling and compartmentalizing sexuality, Nijiri is definitely gay, and he is madly in love with his mentor, to the point where he is willing to give up his life to save him.

The Prince is another good example of an interesting and complicated character. The Sunset Prince, avatar of Hananja, gives off Bad Guy Vibes from the moment we meet him. There’s something about him as soon as he appears on the page that says he’s going to be trouble by the end of the book. Despite that, you can kind of see where he’s coming from, and you see the logic he’s working from. It’s deranged, yes, but in a very specific sort of way it makes sense.

Another fascinating aspect of this book is that it presents contrasting and incompatible cultural values with a sense of honesty and truth. The formalized execution/euthanasia that the Gatherers of Gujaareh perform is considered by their own people to be the best way to handle things. After all, why suffer in agony when Ehiru can come along and drop you into a pleasant dream for all eternity?

Not unlike the Cola Wars, but with less moral ambiguity… (photo by caycowa on DeviantArt)

On the other hand, Sunandi Jeh Kalawe is of the Kisuati, and they view the Gatherer’s narcomancy as a horrible power and their “gifts” as nothing short of institutionalized murder. The characters argue over this repeatedly in the book, and the best that comes of it is a certain mutual understanding. Not an agreement, mind you – neither viewpoint is either affirmed or torn down, but they eventually get to a point where they can start to see through the other’s eyes.

So as I said, it took about 200 pages for things to really click for me, but it was worth it when they did. Also, there’s a very funny author interview at the end where Jemesin is given the rare opportunity to interview herself. Definitely not to be missed. This is a really interesting world built on unique and fantastic concepts. There are more, too, which I’ll be looking forward to reading at some point in the future.

—————–
“You kill, priest. You do it for mercy and a whole host of other reasons that you claim are good, but at the heart of it you sneak into people’s homes in the dead of night and kill them in their sleep. This is why we think you strange – you do this and you see nothing wrong with it.
– Sunandi, The Killing Moon