These are the kinds of problems that have spawned an entire industry of books – the Self Help genre. Go to your local bookstore and look around. There are countless books that tell you how you can make yourself better through positive thinking, creative visualization, listening to Mozart or joining up with groups. They’ll tell you that if you want to find romance, you should look for an opposite, you should play hard to get, or you should plan a perfectly romantic evening. They’ll cite ancient wisdom or have countless testimonials from people who have tried their methods, and almost all of them have one thing in common: they don’t work. 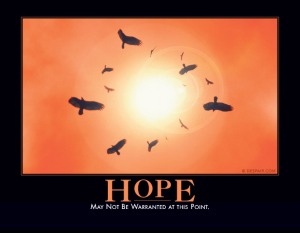 The self-help genre rests on a foundation of common sense ideas, things that sound like they should work, rather than an understanding of how the human mind actually does work. Often, much to our chagrin, our minds don’t follow the rules, and we fail. Take positive thinking, for example. The general gist of positive thinking is that you should never allow a negative thought to enter your mind. If one pops up, just push it away and focus on the positive.

Quick experiment: I want you, for the next minute, to not – I repeat not – think of a pink hippopotamus. Ready? GO!

How’d you do? I don’t know about you, but my pink hippo is rather contentedly sitting on my sofa right now. The fact is, the more we try not to think of something, the harder it is to not think about it. You then end up obsessing over the thing you’re trying not to think of, which is what you were trying to avoid in the first place!

It’s an idea that sounds like it should work, but it doesn’t, and that’s what Wiseman has collected in this book. Wiseman is a psychologist from the UK, and he has a particular interest not only in the science of self-help, but also magic, optical illusions and the paranormal. In other words, he’s very good at knowing how we humans fool ourselves. And boy, do we know how to fool ourselves.

We want to believe that humans are rational creatures, evolved to make the best decisions. We spent years studying the world around us, trying to figure out how to motivate ourselves and others, and operating under the assumption that we know what our brains are doing at any given time. Problem is, we don’t. We have no idea what our brains are doing while we’re trying to get things done. The good news is that there’s are entire branches of psychology that are doing their damndest to figure it out. Wiseman combed through the literature, looking at scientific studies on human psychology and behavior to try and find simple, clear and effective ways of making your life better. The bonus is that many of these things can be done in under a minute.

Some of the things he presents are so simple that you don’t want to believe they’d work. For example, do you want to be a little more cheerful, to have a brighter outlook on life and be generally more pleasant to be around? Go get a pencil and hold it with your teeth, making sure your lips don’t touch the pencil. Your mouth will basically be making a grin, which will have a positive impact on your mood. Seriously. While you’re at it, sit up straight, use more expressive gestures when you talk, and try to use a wider range of pitch in your speech. Your body and mind are hooked up in such a way that your body can tell your mind what it’s feeling. So if you have a grin on your face, and you’re talking in an animated and upbeat way, your brain will think, “Well, these are all physical conditions that are associated with happiness, so… I guess I must be happy.”

You can use the same trick on a first date. Instead of a nice, placid picnic in the park or a boat ride on the river, go to an amusement park and hit the roller coaster together. The fear and excitement will make your date’s heart beat faster, breathe harder, and generally be more excited. These are also physical reactions to being attracted to someone, and your brain really can’t tell the difference very well. It feels your heart pounding, your blood rushing, your adrenaline flowing, and it thinks, “Huh. I guess I must really like this person.” So, once you get off that ride, you have a little window of opportunity to increase the attraction you have for each other. 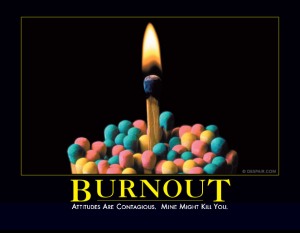 Now let’s say you’re angry about something. I mean, you’re hitting George Constanza levels here, and all you want to do is just hit something. There is a way of thinking that says you should go hit your pillow. Or go to the gym and do some work on the heavy bag, punching your anger away. If you live far enough away from others, maybe you could do some primal screaming or something. It makes sense, right? You have to let your anger out somewhere, right?

Wrong. Studies have shown that kicking and screaming and beating up your pillow will make you more aggressive and irritable, not less. It’s like trying to put out a fire with a bucket of gasoline. What you should do, then, is to look for the benefits to your experience. Researchers asked subjects to think about a painful and unpleasant incident in their lives and to focus on their anger. Another group was asked to instead focus on the benefits – they had learned an important lesson, had become an emotionally stronger person, or had otherwise changed for the better. When questioned later, the second group turned out to be much less angry than the first, and to be more likely to forgive the person who had hurt them. 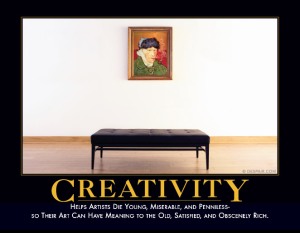 Okay, one more – you want to be creative, right? We all want that. So, should you brainstorm with your colleagues? Focus on the creative task at hand? Listen to Mozart? No, no and no, although there’s really never any reason not to listen to Mozart. Again, research has shown that people tend to work less hard in groups than they do on their own. Being in a group makes you lazier, so if you want to get good ideas from a whole bunch of people, have them work alone first. You’ll get more and better ideas that way. As for focusing on the problem at hand, other studies have shown that the best thing to do is to distract yourself with something totally unrelated so that your unconscious mind can get some work done. Work on a puzzle, draw a picture, think of a hundred ways to use a brick – anything but the problem you’re trying to solve. Then, when you come back to the problem, you’re more likely to generate better ideas.

As for the Mozart, it turns out that listening to Mozart does make you slightly more creative and intelligent…. for about fifteen minutes. Neither you nor your baby will become a genius if you listen to Wolfie’s music every day. What’s actually more effective is modern art – especially art that breaks our expectations. In one study, two groups were given a creativity task. One was seated in a room with a large print that featured twelve dark green crosses on a light green background. The other had almost an identical picture, except that one of the crosses was yellow, and they came up with the more creative ideas. Why should this be? The idea is that the impression of unconventionality, of a pattern being broken, may be enough to stimulate our own creativity. Now it won’t turn you into DaVinci or anything like that, but it should help at least a little. 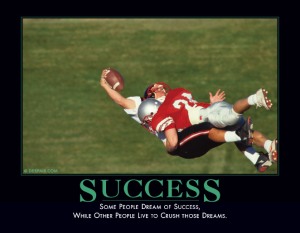 And that’s what this book is – lots of little ideas that are designed to help you out. Put a mirror in your kitchen, put a baby photograph in your wallet, buy small gifts for no reason. Put a plant on your desk, start keeping a journal, and don’t praise your kids for how clever they are – praise them for the work they’ve done. Everything Wiseman puts in this book is a small thing, a little effort, but when put together they add up.

Even if you don’t really need a lot of alteration to your life – maybe you’re as happy as happy can be – it’s still a fascinating look into how our minds work, and the different ways that they can be hacked.

(Good work! Here are your marshmallows!)

All images in this post come from Despair.com – go and give them money. They’ve earned it.
Richard Wiseman on Wikipedia
59 Seconds on Amazon.com
Richard Wiseman’s homepage