The God Engines by John Scalzi

There is not, to my knowledge, a whole lot of theological science fiction. Madeleine L’Engle’s books may qualify, but to be honest, it’s been years since I read them so I don’t know. The Golden Compass books, too, but they struck me more as fantasy, seeing as how there were no spaceships. My only successful foray into National Novel Writing Month produced some theological sci-fi, but it was questionable at best and is still fermenting on my hard drive somewhere.

In any case, that is what John Scalzi has given us, and if you’re a regular reader of his blog and his other books then you may find this one to be a little… off. You see, like many accomplished writers, Scalzi has a Voice, a way of writing that is immediately identifiable as his own, and which a lot of his fans have gotten used to. There’s no single thing I can point to that really illustrates what this is, but trust me – it’s there. A certain whip-quick sarcasm, a way of looking at old questions from a new angle and the ability to cut through the requisite fuzzy thinking that seems so endemic to the human race. 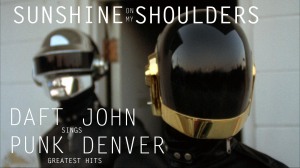 In this book, he tries on a new voice, something that sounds kind of like his, but at the same time like he’s trying on something new. It’s as if Jonathan Coulton started doing Manowar cover songs. It’s not bad, it’s just something that takes a little getting used to.

Captain Ean Tephe is the commander of a great starship, the Righteous, one of the many ships in the fleet controlled by the Bishopry Militant. He and the other captains in the fleet are charged with carrying out missions for the Bishopry in the name of their God, a being of immense power who uses the faith of millions to rule them. Their Lord is a powerful and active god, one who brooks no dissent from His followers and who will suffer no challengers to His dominion. Long ago, the Lord battled countless other, smaller gods, and won, chaining them to his will and turning them into the engines of the great starships that carry His people out into the universe. 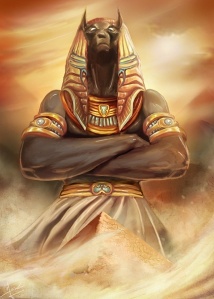 Some gods are less tractable than others. (art by Evolvana on DeviantArt)

The god that powers the Righteous, however, is not cooperating. Some ships’ gods are quiet and obedient, others chatty, some cowed into good behavior by fear. The god on this ship is defiant, despite the prayers of priests and acolytes, and the horrible whip that the captain wields to compel obedience. This god soon reveals itself to be part of a greater plan, one which enfolds both Tephe and his crew and reveals a truth about their God that is enough to drive men mad. It is a test of faith for the men aboard the Righteous, and if they should fail, their lives will end in short order.

It’s a very cool concept, really, one which I haven’t seen done before. Scalzi has powered a civilization by faith, quite literally, in a God that not only exists, but it quite active in the lives of His worshipers. His high priests exert complete control over a population that rightfully fears for their souls, and manage to channel the God’s power into various science-like applications. Through the use of amulets called Talents, the God facilitates communication over great distances, compels obedience, and opens gateways. He has a civilian population whose faith nourishes Him, and a military arm that travels the galaxy spreading His word and destroying His enemies. And it all makes sense.

As cool as the idea is, though, the book itself felt like a rough sketch rather than a fleshed-out novel. It’s quite short, as novels go, and we are introduced to a lot of concepts and characters in a fairly brief amount of time. The Bishopry Militant, for example, sounds like a great place to see intrigue and double-dealing, lies upon lies that somehow manage to get things done, and we do see a bit of that when Captain Tephe gets a secret mission to a new world. Scalzi showed us in The Last Colony that he can handle this kind of multi-layered politicking, and I think it would be even better in a place like this. Add to that the Rookery, a kind of church-sanctioned brothel/therapy center aboard the ships, where the women who work there have nearly as much power and influence as the Bishopry itself. What would happen if these two institutions came into conflict, and what weapons would they wield? 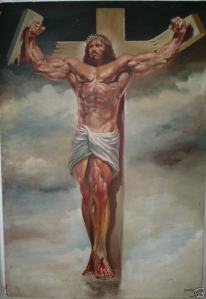 The chained gods, too, are a wonderful chance to explore a lot of ethical questions. They are undoubtedly sentient beings of great power, enslaved by a God that is stronger than they. Is this kind of slavery justified? Would it be possible for a ship to work with its god-engine, rather than compelling it with whips and prayers. What do these gods know, and how reliable are they? The god powering the Righteous seems to know a lot about how this universe works, including some terrifying tales about the God that Tephe follows, but how much of what it says can be trusted?

And what are the powers and limitations of a faith-powered science? Much in the way that engineers and scientists in our world manipulate a few basic laws of nature to achieve amazing things, what could be done in a world where prayers have power and where a high priest’s whim can decide the outcome of an entire mission? How do you creatively solve problems in a reality like this one, where they deal in belief and faith, rather than wavelengths and mass?

So yeah, there was a lot that I wanted from this book once I figured out what Scalzi was doing with it. After a great opening line (and a third line that just left me confused), the learning curve was a little steep. Once you figure it out, though, the possibilities seem endless. Unfortunately, the book itself ends rather sooner than it should. 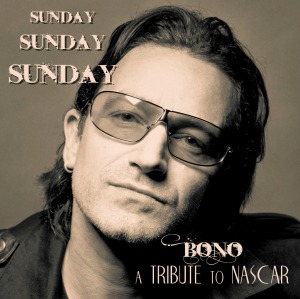 The less said about this album, the better.

It’s not my favorite book by Scalzi, not by a long run, but since he’s said he’s going to lay off the Old Man’s War universe for a while, I should be thankful that he is willing to experiment and try new things. As many music lovers know, it’s sometimes very hard to accept that an artist you love wants to try to do things that are new and different, rather than keep doing the things that made you love them in the first place. I remember when U2 put out Achtung Baby and my friends who fell in love with The Unforgettable Fire and The Joshua Tree and Rattle and Hum were almost personally offended. Zooropa, of course, was not to be mentioned aloud in their presence.

That kind of experimentation and risk-taking, however, is ultimately what helps an artist grow. You may not like what comes of such experimentation, but that’s tough – it’s not about you.

I don’t know if Scalzi will return to this universe or not, but I hope he does. If he does, I hope he lingers longer than he did in The God Engines, and brings forth another wonderful and complex universe.