When last we left Our Heroes, they were caught in the Otherland – an immense virtual reality program built by people with more money than God – with no idea where to go and no idea what to do. They were lost, confused and had no way out.

Oh yes – back before Neo got his clock punched by Agent Smith, Renie, !Xabbu, Orlando, Fredericks and all the other Otherland explorers discover that they are in more danger than they realize – if they die on the network, then they’ll die in real life. And, almost right out of the gate, people start dying. Whether they’re tiny biologists living among the ants or a lifetime gamer warring against the different factions of a twisted Oz, they die in unpleasant and, ultimately real ways. And it’s up to our heroes to not only avoid death themselves, but also to figure out what the hell they’re supposed to be doing in there. 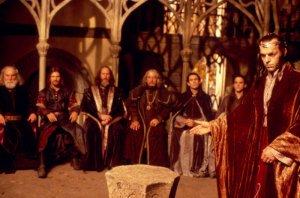 One of the things I like about this series is that Tad Williams openly admits to stealing – er, paying homage to the great writers of the past. At the end of book one, when all the main characters have been gathered together and are being told about the great dangers they will face, and how they are part of a plan to defeat the Grail Brotherhood and their Nefarious Scheme, most of the people there want nothing to do with it. It’s up to Orlando Gardiner, our young barbarian warrior-slash-progeriac teenager to say, “Hey, this the the Council of Elrond! We have a mission here!”

Unfortunately, while the Fellowship of the Ring gets a clear mission before leaving Rivendell, the Otherland explorers are scattered before they know what to do, and their main goal is to run for their lives. As this book progresses, they start to learn more about the vast Otherland network, what its nature is and why it was made. They also learn that it is unstable, and possibly a living thing in its own right.

Almost immediately, the group gets split up. That is, as all ensemble writers know, the best way to really build a meaty story, and it works really well here. Unfortunately, while there are three groups, the strongest and most interesting characters get put into two of them. Orlando and Fredericks get sent off into a world more bizarre than any online gaming ever prepared them for; Renie and !Xabbu end up in a horribly twisted version of The Wizard of OZ, if Oz had invaded Kansas, taken over, and started a three-way fight between the Scarecrow, the Lion and the Tin Man. 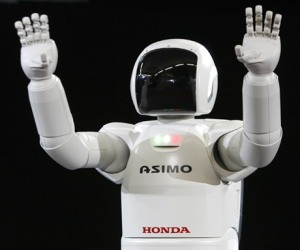 No adorable wisecracking robot, though. Can't imagine why.

This leaves us with the third and largest group being somewhat less interesting than the others. Not completely, of course – we have a blind woman who can sense the information flow of the simulation, a teenage net-freak who only speaks in online slang, a campy death-clown named Sweet William, a Chinese grandmother and an abrasive German woman. They’re not bad characters by any means, and each one is special in his or her own right. It’s just that most of them were introduced later in the first book, and so we’ve had less time to get to know them. Putting a more familiar character in that group might have made them more interesting, or it might have overshadowed them. Who knows? The good news is that they do become more interesting and engaging, so there’s really nothing lost by their being new to us.

One thing that the third group has, however, is a secret – one of them is not who he or she appears to be. One of them has been co-opted by the sociopathic assassin, Dread. The only one with the freedom to go on and offline at will, he has nearly godlike power at his fingertips. And he intends to use it.

I can imagine that Tad Williams had a great deal of fun working out these novels, mainly because he created a concept that allowed for incredible freedom in world-building. After all, on a super-powerful VR platform, any conceivable simulation can be created. So whether it is the mythical land of Xanadu, a cartoon kitchen where the groceries come to life at night, a world where people fly like birds, or the legendary land of Ithaca, the settings in these books are only limited to what Williams can think up and work with.

What’s really interesting is that he seems to take great pleasure in reminding us that we are, in fact, reading a story – he goes so far as to have one character reflect on exactly what kind of character he is. People are reminding themselves that they’re not in a story, even though they are, and at the same time recognizing that the entire structure of their virtual universe is patterned on the rules of fiction. It’s a strange type of meta-fiction that rewards the careful reader.

So, as the book comes to a close, we have some new threads to follow. The Otherland explorers begin to find their purpose and learn about their situation. We’ve met a strange type of character which exists in many worlds at once – the beautiful, birdlike woman who tries to help Paul Jonas and Orlando Gardiner find their way; the horrible Twins, whose only job is to pursue Paul Jonas wherever he may go. These people can be found around any corner, and the outcome of meeting them is always uncertain.

Slightly less complicated than this, but not for lack of trying.

Offline, real-world investigations into the mysterious comas that afflict children begin to bear fruit – a young lawyer named Catur Ramsey is trying to help the parents of Orlando and Fredericks find out what happened to their children, and the search leads him to a strange woman, Olga Pirofski, who may have a vital clue. Renie’s father involves himself with some very dangerous people indeed. The police in Sydney find themselves working on a five year-old murder case that will eventually lead them to the malicious assassin/hacker Dread. A mysterious group called The Circle makes itself known to a select few, and reveals its mission – to oppose the Lords of the Otherland and their relentless pursuit of immortality. All through this, those Lords of the Otherland struggle amongst themselves to see who will ultimately control it.

The tale becomes stranger with the telling, but I can guarantee – you’ll be good and ready to jump right into book three….