If you’ve known me for more than a little while, you know that one of my great loves in this world is science. Even though I tend to get stymied by the math, and I probably couldn’t call up all the right data from my head at the right time, it is the idea of science and the stories of science that truly interest me. Just the fact that we live in a universe where it is possible to know how things work, where we can devise a way to look at the whole of creation, from things so large that they defy imagination to things so small that they can barely be said to exist at all. Science is imagination put into practice against the universe, and as much fun as stories and myths are, as hope and prayers may be, science is the best, most reliable way for us to come to grips with the Cosmos.

It is to Carl Sagan that I owe this love of what humans have done with ourselves.

Go ahead. Stare at this for a while.

When I was a kid, my father had a copy of Cosmos, and, since I was but a child, I never really read it. I tended more to flip through it for the interesting pictures – the speculative Jovian life forms on pages 42 and 43, the Viking photos of Mars in chapter 5, the gorgeous paintings of the views from other worlds around other stars, the photos of nebulae and galaxies, all of these things fascinated me, and if I had been a bit more patient I would have found out about them. But I was a kid, so that can be excused. What the book did for me was to open my mind to a universe of possibilities that were all within our reach, or at least would be someday.

As I got older, I saw the TV miniseries of the same name on PBS. Now the pictures that I had lingered over in the book were right before me, accompanied by Sagan’s soothing baritone. His ship of the imagination somehow managed to take us unfathomable distances from our home and bring us back again. He talked to his viewers like we were intelligent adults, fully capable of understanding and appreciating the vast scope of scientific discovery rather than a bunch of attention-deficit teenagers who couldn’t be trusted to keep watching without a jump-cut every ten seconds. Carl Sagan believed, despite the occasional evidence to the contrary, that human beings were capable of overcoming our barbaric pasts and forging a bright new future together in the stars.

The purpose of Cosmos, both the book and the TV show, was to educate. It was, as Sagan put it, “to engage the heart as well as the mind,” perhaps to help shed the image of science as a cold and passionless pursuit. He wanted to show how science became what is is, from the ancient scientist/philosophers in Ionia and Alexandria all the way up to the engineers and astronauts working at NASA. It’s all part of a long chain of knowledge that ties human history together and which engages one of our deepest desires: to know how the universe works.

Go ahead, do this one yourself. We'll wait.

Each chapter focuses on a different theme of knowledge – from the way the planets form and what they’re like to the nature of the furthest reaches of space. He starts with how Eratosthenes measured the world with just a shadow and some math, and how the ancient thinkers of Alexandria were asking the same questions about the nature of the Earth that we ask today. He follows the tortured path of Johannes Kepler in his quest to understand how the planets move, the arrogant brilliance of Newton as he completely redefined the clockwork of the cosmos, and the casual miracle that Einstein pulled off when he told us that not only are we not the center of the universe but that there is no center. Each great mind led to another.

Unfortunately, each setback cost us what may be valuable time. For all his wonderment, Sagan understood how petty and ignorant human beings could be. From the beginning, and at various points in the book, he reminds us of the millennium we lost with the destruction and corruption of the ancient thinkers of the Mediterranean. As far as we can tell, the men and women who made their home in Alexandria were investigating questions and scientific problems that would have changed the way we understand the world. If the library hadn’t been burned down, if religious terror hadn’t murdered scientific insight, who knows where we would be today? It’s impossible to know, but it’s tempting to think that we might have been well on our way to the stars by now. 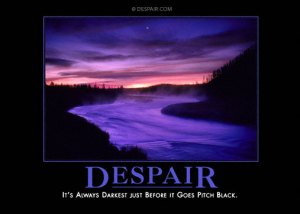 My brother gave me this poster. He knows me so well...

The latter chapters underscore that theme pretty heavily, reminding us over and over again that we have one world, and only one world. Not only does Sagan fear that we could obliterate ourselves with the nuclear weapons we love and fear so much, but he also fears that self-annihilation may be a natural outcome to any intelligent civilization. Our search for intelligent life on other worlds may be fruitless, because they might be just as self-destructive as we are.

But we don’t know. We can’t know, at least not yet. Our understanding of the universe is still not clear enough, our technology is still not good enough, and perhaps it never will be. But for all our stumbles and failures, Sagan wants us to remember and understand just how much humanity is capable of, and how good we could be if we really put our minds to it. And in that sense, there is a lot of value to reading it now, thirty years after it was published. 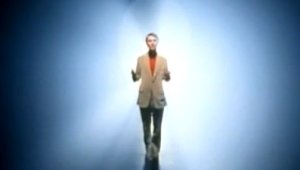 While we have not eliminated nuclear weapons, we have made great strides towards controlling them and reducing their numbers. The hopes that Sagan had for future space exploration – Mars rovers, a probe to Titan, contact with comets – have all been made real, and with outstanding results. We know that the dinosaurs were wiped out by a meteor impact – something that Sagan is clearly unsure of at the time of writing. We have mapped the human genome and developed personal computers that have revolutionized the way we explore space. With the internet, any person on earth can catalog galaxies or explore the moon, there have been advances in nanotechnology and materials and bioengineering and evolution that would have made even Sagan’s eyes pop.

Despite all our flaws, we continue to advance. We continue to build knowledge upon knowledge and to further our understanding of how the universe works. Maybe we will one day leave this planet ourselves, perhaps just for a visit or perhaps to start a new world. Maybe if we persist in our quest to comprehend the world we live in, to shut out the howling and screaming of the voices of unreason, we can make the world a better place for generations to come.

Maybe we should all just have some pie. How much time do you have? (photo by Nicole)

In the great argument that is raging these days between the rationalists and the believers, the faithful and the atheists, it has become fashionable to try and shout the other side down. To adopt a position that excludes compromise and promises only defeat for one side or another. Sagan never would have wanted that, and I think he hit upon a solution that needs to be revisited.

Rather than try to turn people to science through cold logic or heated words, through derision and coercion and fear, do as Sagan did: win them over with wonder. The cosmos is too big, and there is too much to know to waste our time with petty arguments and pointless feuds. If you want people to appreciate science, turn to people like Sagan, or Neil deGrasse Tyson, Phil Plait, Mary Roach, Michio Kaku, Ann Druyan, Bill Nye, Adam Savage, or Dava Sobel – people whose enthusiasm and love of science will instill people with wonder, one person at a time. And it is in that way that we will go furthest towards ensuring humanity’s place among the stars.