The Ghost Brigades by John Scalzi

The book that preceded this one was Old Man’s War. It was Scalzi’s first novel and I loved it. It had everything – high-end science fiction, philosophy, cool battle scenes and a protagonist whose sense of humor reminded me a lot of many of my friends. The book’s premise was very simple – why do we use young people to fight in wars? Because they have the bodies that work best for the task – strong, fast and generally resilient. But young people can also be rash, impulsive and generally ignorant of a whole lot of life’s complexity. If their physical capabilities were not an issue, then who would we want? Why, old people, of course. They have the life experience, the patience and the perspective to be better soldiers. 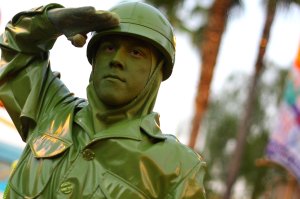 So, it’s The Future. Mankind has spread out among the stars, and the Colonial Union is the political organization that keeps them together. Any government needs a military, so the Colonial forces make sure they have the best recruits, all brought from Earth. With some pretty high-tech jiggery-pokery, the senior citizens from Earth’s richer nations are made into lean, green fighting machines, capable of performing in ways that make the Marines of our day look like palsey victims. Their minds are transferred from their old, decrepit bodies and put into new ones, grown from their own DNA, but altered to make them better soldiers. It’s all very exciting and cool, but at some point, I suppose Scalzi asked himself a question: what happens when someone signs up at age 65, but doesn’t make it to age 75 when they’re supposed to start their service? 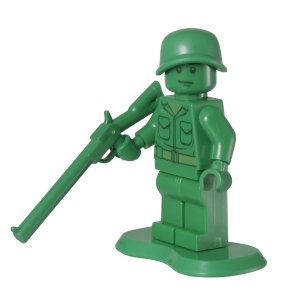 Well, we have all this DNA just sitting there, right? We can’t let it go to waste, can we?

That brings us to the Ghost Brigades, the rather morbid nickname for the Colonial Union’s Special Forces. Their bodies are grown from DNA whose previous owners have expired, and are modded in more extreme ways than the regular defense force soldiers. Then, when the body is ready, they’re woken up. An amazing piece of biotechnology called, rather whimsically, a BrainPal prepares their brains for consciousness, acting as a kind of bootstrap for the emergent personality. It tells them what they’re supposed to know, so they don’t have to go through the tedious process of learning it all. And, of course, much more. The Special Forces do what the regular Defense Forces can’t, and act in ways that their more “ordinary” soldiers couldn’t understand. In Old Man’s War the Special Forces only came in at the end. In this book, as you might have guessed, they play a much more central role.

Charles Boutin is a traitor to humanity. For reasons known only to him, he has sold out the Colonial Union to its enemies, a troika of alien species that would be more than willing to wipe us off the map. The Defense Forces would love to find him, of course, but he’s hidden himself among the enemy. So they got the next best thing: a copy of his own mind that Boutin had made while researching the BrainPal.

In theory, it should work: put this mental backup copy into a “clean slate,” a body that has no mind of its own. A Special Forces body.

And so, Jared Dirac was born. Decanted. Whatever. It was hoped that when he opened his eyes, he would be Charles Boutin in a new body, and could promptly be interrogated. But it isn’t that easy. Jared Dirac is a normal Special Forces soldier, a blank slate who is ready to do the job he was, literally, born to do: keep humanity safe. 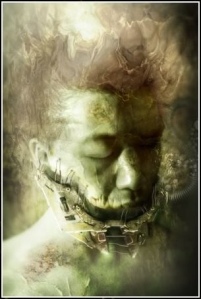 He’s sent off to training, with the expectation that he would be just another Special Forces soldier. But he is, of course, much more than that. As his brain matures, the memories and personality of Charles Boutin come with them, and Dirac starts to understand more of what made the man turn traitor to his own species. This information could lead the Defense Forces to their ultimate goal, or to their destruction….

It’s a great book. Tons of fun, although the exposition is a bit heavy-handed in the beginning. There’s a whole lot of reminding about what you learned in Old Man’s War, and I didn’t really need it. That’s the thing about recap, though: if you avoid it altogether, you can confuse people who haven’t picked up the previous book in a while. Slather it on and you bore the people who have good enough memories.

Once you get past that, though, it’s straight on fun, with some pretty serious questions folded into it. One of the major questions raised in this book is that of identity – who is Jared Dirac? How can a being who is brought to full consciousness by an implanted computer be properly called “human?” It’s clear that he is, but a fuller look at the Special Forces – especially the squad known as the Gamerans – really does push the definition of “human” to its limits.

The Japanese cover to Ghost Brigades

It’s a very thoughtful book in many places, exploring the grey areas of not only humanity and “human-ness,” but also of the role of humanity among the stars. Explaining his reason for turning traitor, Boutin asks us to consider the entire purpose of government itself – how it operates, how much power it has and how much it should trust its citizenry. He fundamentally disagrees with how the Colonial Union goes about its business, and will do whatever he has to in order to set it on what he believes is the right path. And in the middle of all this is Jared Dirac, who has to actually start making choices in his life – something that Special Forces soldiers were never bred to do.

As with Old Man’s War, this is a great book to read, and I look forward to the other books set in that universe. You should too.

———————————————-
“We don’t mind when the other guy brings a gun to a knife fight. It just makes it easier for us to cut out his heart. Or whatever it is that he uses to pump blood.”
Lieutenant Jane Sagan, The Ghost Brigades